ECRE started in 1974 when a handful of Directors from European refugee support agencies recognised the need for cooperation between states to ensure that refugees were protected in Europe. It began as the European Consultation on Refugees and Exiles, an informal platform of five refugee-assisting NGOs. At the time, people were fleeing the Soviet Union and were welcomed by Western Europeans as they crossed the Iron Curtain.

Europe has changed dramatically since 1974 and today some of the hopes of the original founders of ECRE have been realised. However, not everyone who has come to Europe seeking protection has found it. The current rush to prevent irregular migration has made it virtually impossible for anyone seeking protection to enter Europe by legitimate means. The tragic results of this situation are witnessed on the southern coasts of Europe in the lost lives of those who have attempted to reach Europe in an irregular manner by land or sea.

ECRE is now a pan-European Alliance of 70 organisations in 30 countries, established to promote the rights of those who seek international protection in Europe.

At the European Union level, ECRE pursues policy initiatives, research, advocacy activities and projects aimed at stimulating positive thinking on refugees and legislative reform in Europe. Its actions are also intended to counteract the manifestations of racism, xenophobia and social exclusion that undermine the institution of asylum. Through our pro-active policy work and research, we encourage new thinking on refugees and asylum in Europe.

First and foremost an Alliance

As a true Alliance, ECRE draws on the energy, ideas and commitment of active Members. It also strives to involve the wider civil society, political and refugee communities in its work. Our goals and activities are decided by our Members through recommendations made at Annual General Conferences. These are translated into action by the Secretariat and lead agency projects, which are guided by an elected Board of Member organisations representatives.

Thus ECRE aims to ensure that its ideas and positions are legally accurate and representative of a broad range of knowledge, experience and best practice throughout Europe.

We also aim to strengthen contacts between refugee-assisting non-governmental organisations in Europe through networking and by organising different events. 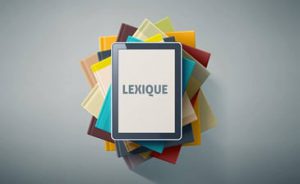